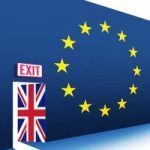 The Real X-FACTOR – BREXIT AND RECENT MARKET ISSUES AND TRENDS

Reading the words X-FACTOR in the same line as Brexit may seem ridiculous, but you may recognise some similar traits in each. Both could be said to have powerful egotistical characters and players, many individuals continually strive to better their positions, there’s great diversity in terms of opinions and direction, it goes on for ever!!!
In reality, whatever the outcome at the end of March, it will affect our economy in one way or another. Exports of FMCG will have to manage new work practices in terms of new customs issues that may arises as a result of a hard Brexit and indeed the issue of currency fluctuations. Transport companies, farming and agriculturally linked business, pharma, could all be working in a brand-new work environment whichever way the final Brexit decision goes.We have also highlighted the fact that perhaps since 2016 the market has had a lot of disruptive factors in place, both geo- economic and in terms of fundamental economics. This disruption could be said to have come to a head since Christmas and has highlighted:

As we reach the end of the first month of the year, the Brexit issue is now being perceived by some commentators as ‘a local issue’ and contagion in world markets is unlikely?? The FT in London is about 15% of the total equity volumes in world markets, with less than 5% of this firms listed trading in sterling. Indeed, in his recent newspaper article Economist Jim Power highlighted the fact that Brexit is both a threat and an opportunity to our economy. He notes that since we are a small and open economy, some of the issues are out of our control, but long-term strategies need to be put in place. Cost competitiveness, investment in infrastructure and a quality educated labour force are key to weathering any Brexit storm. Meanwhile, our neighbours in the UK are still divided as to the manner of their EU exit (or not). Industry leaders are voicing their opinion in a more vigorous manner as the deadline gets closers.

Last week some of the UK’s largest employers – including Airbus, Europe’s largest aerospace manufacturer, which employs 14,000 people in the UK and supports another 110,000 through supply chains – warned of potentially disastrous effects of no deal on its UK activities. Tom Enders, the boss of Airbus, said: “Please don’t listen to the Brexiters’ madness, which asserts that because we have huge plants here, we will not move, and we will always be here. They are wrong.” Earnings and Geo political issues can be seen with Equities traded lower recently as the market digested some disappointing earnings from Caterpillar and Nvidia and Apple in particular. Nvidia cut their outlook citing ‘deteriorating macroeconomic conditions, particularly in China as did Apple’. In Europe ECB President Mario said that incoming information has continued to be weaker than expected over the past few months. Today the UK Parliament is due to vote re amendments to May’s Brexit deal, with reports that Theresa May is supporting the Brady amendment which calls for an alternative to an Irish backstop. What- ever the outcome there will be some volitivity and elements of contagion. Investors should be aware that their investments will fluctuate in value, with a long-term investment view required to be dominant over short-termism. Recent economic research on a hard Brexit highlights that this could mean a drop in economic performance of up to 4%. If your investment term is 8 to 10 years, staying in the market can in most instances be best practice. However, if you see your target on an investment maturity being in the next 2 years, a more passive attitude to full equity investment may be the course to take. In order words, reduce your exposure to equity content in your Pension/ lump sum investment. In the long-term markets recover and participation in same with a long-term investment view has traditionally yielded higher returns for the investor.

Ronan McCarthy
Website 2018: Redsox Media
We use cookies to ensure that we give you the best experience on our website. If you continue to use this site we will assume that you are happy with it.OkRead more